Britannia’s Loss Prevention department has in recent months noted a number of claims and potential near misses relating to the carriage of break-bulk and general cargoes, particularly in bulk carriers that are not designed for the carriage of such cargoes.  Stowage and carriage of break-bulk cargoes can only be performed if the ship has an approved Cargo Securing Manual (CSM) which details the requisite securing arrangements.

The potential areas for concern are:

A ship engaged in the carriage of dangerous goods in any cargo spaces shall be provided with a fixed carbon dioxide or inert gas fire-extinguishing system complying with the provisions of the Fire Safety Systems Code (or equivalent).

Bulk carriers do not have fixed fire extinguishing systems fitted in cargo holds, unless they are designed for the carriage of dangerous cargoes and provided with a Document of Compliance for the Carriage of Dangerous Goods. 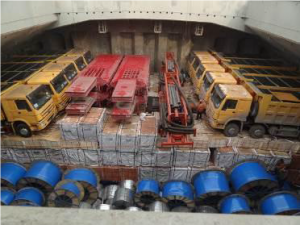 General cargo loaded in a bulk carrier (No CSM)

1.The stowage plan required the ship to load bagged cement onto the tanktop in all holds and then to load general cargo on top of cement in holds. The vehicles were loaded directly on the bagged cement without any dunnage. The usual procedure is for trucks to be loaded into the hold and driven into the final stowage position, which often damages and displaces the cement bags. Lashing points were welded by shipstaff. 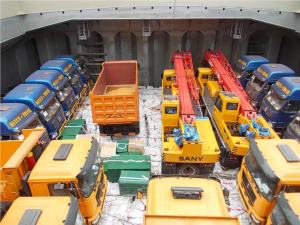 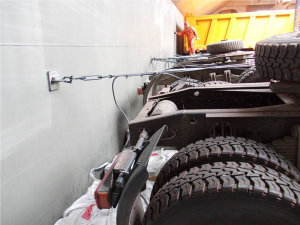 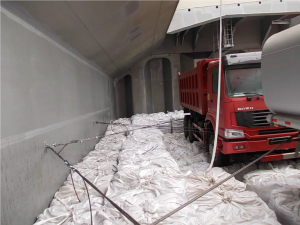 Stowage and lashing of vehicles stowed on top of cement cargo

2.Trucks loaded in China for West African ports, were stowed on the top of bagged cement, with minimal clearance between individual trucks as well as between trucks and hold bulkheads.

Given the lack of adequate support from the cement bags for wheel based cargoes there was a danger of contact damage between the trucks and the bulkheads. Furthermore, potential fire hazards due to fuel in the vehicles’ fuel tanks were not addressed. 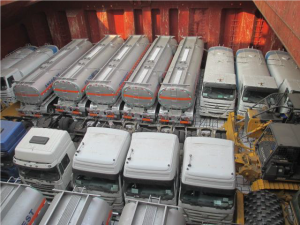 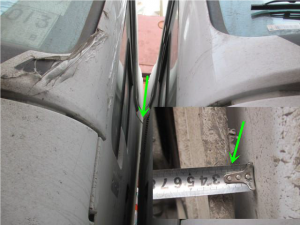 Proximity stowage of vehicles stowed on top of cement cargo

3.General cargo was stowed on top of a bagged cement cargo without any segregation, and also stowed directly against ship’s metallic structures, resulting in bags partly torn in places. The ship did not have a CSM. 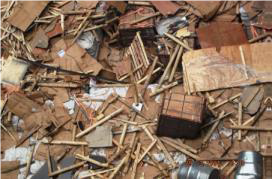 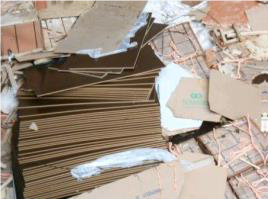 Damaged cargo at the discharge port

The International Convention for the Safety of Life at Sea, 1974 (SOLAS) CHAPTER VI,  (Carriage of Cargoes Regulation 5 – Stowage and securing) states:

The International Maritime Organization (IMO), MSC.1/Circ.1353 (Revised Guidelines for the Preparation of the Cargo Securing Manual) provides detailed guidance for preparing a CSM, which is required on all types of ships engaged in the carriage of all cargoes other than solid and liquid bulk cargoes.

Specific areas for attention relevant to this article include the following:

Vehicular cargo is often observed to be lashed to non-approved lashing points on bulkheads, and also to each other. Lashings are not checked and tightened regularly, with the failure of any one lashing or lashing point in the chain potentially resulting in vehicles in the stow shifting. Friction between steel cargoes has also been known to result in fires due to frictional heat. 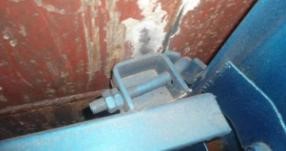 Loading surveyors are often unsure whether the CSM or ‘loading manual’ prohibits the stowage of vehicles on top of the cement cargo, however it is important to be guided by the basic rules and guidelines for marine cargo stowage and securing.

In general, in accordance with the CSS Code (Annex 4):

Additional considerations with regard to carriage of vehicles with fuel in their tanks:

SOLAS regulation II-2/3.49 defines ‘Vehicle Spaces’ as cargo spaces intended for carriage of motor vehicles with fuel in their tanks for their own propulsion.”

A ship engaged in the carriage of dangerous goods in any cargo spaces shall be provided with a fixed carbon dioxide or inert gas fire-extinguishing system complying with the provisions of the Fire Safety Systems Code or with a fire-extinguishing system which, in the opinion of the Administration, gives equivalent protection for the cargoes carried.

Members are reminded of the following considerations when intending to carry break bulk or general cargo in ships, particularly bulk carriers, which are not designed to carry these types of cargo:

At the discharge port